Award-winning painter and presenter of Art Goes to School, a national program that brings famous works of art into the classroom in first through eighth grade for discussion and interpretation.

James Cahill
From the Director's Chair 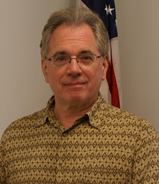 Margate City Public Library Director. Jim has long held a deep appreciation for classic and foreign films. His knowledge makes him an ideal guide for your journey into the films created by the masters of this genre.

Tom has been interested in British TV, film and plays for over 40 years and has collected programs from Masterpiece Theatre to Monty Python since the 1980’s. A retired UPS employee, Tom now devotes his time to his passion. He is a member of Players and Playwrights of South Jersey and does local theater.

Johnny has an extensive background in all types of music. He studied classical music for nine years and attended a music conservatory for two. He performed in many casinos for 19 years and accompanied such greats as Frank Sinatra, Eydie Gorme, and Vic Damone to name a few. He appeared on The Merv Griffin, Arthur Godfrey, Joe Franklin and Mike Douglas shows. 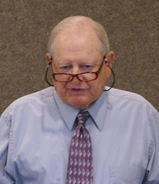 was an English teacher for over 35 years teaching middle school and high school, mostly teaching in the gifted and talented program. Active in many charitable organizations, her favorite pastime is sitting before a fire with a cat in her lap and reading a great mystery story. If you can relate to this, please join the class.

is a graduate of Drexel University, where he received his Masters in Library Science in 2010. In 2007, he received his Masters in Arts from Rutgers University where he completed his thesis, Father's Day, a memoir about his teenage years in Atlantic City. He is currently the Library Manager for the Longport Public Library. He is famous to his two children as well as his dog and cat.

An Atlantic County freelance journalist, Sharon relocated from PA in 2000. For 25 years, she has written for multiple American and international business magazines, concentrating on the casino and arcade industries. Sharon has also written thousands of consumer feature stories/columns for numerous weekly and monthly publications.

Associate Professor of English at Union County College in New Jersey, taught English-as-a-Second-Language for more than twenty years before her retirement. She has enjoyed many courses on Shakespeare’s writing and is an enthusiastic fan. She would like you to share in her experiences.

Founder and leader of one the Margate library book clubs. She is also a local playwright and thespian and a longtime member of FELS.

Linda is certified in Integrative Yoga Therapy, as a Meditation Instructor, completed professional training in Mindfulness Based Stress Reduction(MBSR), and is IIQTC certified in Tai Chi Easy. She has taught for Yoga studios, Stockton University, department stores, PAL, libraries, EHT Recreation, corporations, her own business and 1-1 individual Yoga Therapy and MBSR sessions. 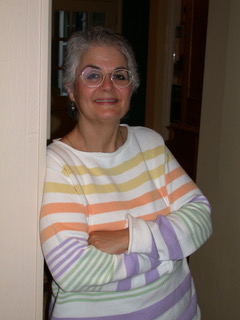 Psychologist, Director of Psychological Services at INTROSPECT in Colmar, PA for 30 years, over 40 years experience in private practice.

B.A. Journalism. 30 years as an anchor/reporter for Channel 3 (KYW)-TV CBS Philadelphia, the Philadelphia Daily News and KYW Newsradio (1060AM). He currently is an adjunct professor in the Journalism Department of Temple University.

is a local attorney with over 50 years experience as a federal prosecutor in New Jersey and Washington, D.C., defense attorney and prosecutor in New Jersey, and an adjunct Professor of Criminal Justice at Stockton University. He brings his decades of experience to the FELS classroom in a vibrant, interactive discussion course covering current legal and political issues. The course will cover topics from the Constitutional Separation of Powers to current day concerns about possible Obstruction of Justice on the national level. The intent is to provide answers to common questions about our governmental process, including: training and responsibilities of Law Enforcement; split second decision-making by Police; The Grand Jury Process; the Trial of a Criminal Case. Video presentations involve the participants in the process to understand the role of the Attorneys, the Judge and the Jury. After participants read Mr. Subin’s book, Closing the Gap-The Trial of Trooper Robert Higbee, a session will relive the local trial that was televised nationally.